A Booming Future for Medical Marijuana in United States

A Booming Future for Medical Marijuana in United States

Strong public support is turning the tide in favor of marijuana almost all across the United States! What started in California way back in 1996 has snowballed into a major revolution in the third decade of the twenty-first century. As of May this year, the use of cannabis for medical purposes is legal in 36 states, four out of five permanently inhabited U.S. territories and the District of Columbia. However, the medical conditions for which doctors are allowed to recommend cannabis in each state or territory also tend to vary and even change a lot. 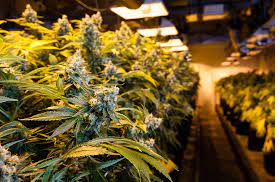 Many other states have more restrictive laws in place that limit the allowable concentration of the THC compound of cannabis. Furthermore, many states have also instituted reciprocity laws that recognize out-of-state registrations for medical cannabis patients.

The wave of green legalization is on a roll! With growing decriminalization and legalizing of high-CBD/low-THC cannabis on the one hand and the American public across age groups warming to the idea of even sanctioning marijuana for recreational use, experts opine that it is just a matter of time before the federal prohibition on marijuana also comes to an end.

The cannabis industry is definitely hovering on the brink of exponential growth. The time is ripe to step into the business and reap highly lucrative gains.

The lowdown here is that even new entrepreneurs can easily start a business armed with a medical marijuana dispensary business plan. In addition to this, they can find their feet in the cultivation, processing or other ancillary industries too. The regulations can feel restrictive, financing, banking and insurance will be challenging and the changing legal procedures can get mind-boggling – but an enterprising mind can work around these trials and make a killing while at it.

Moreover, they can also use the business of writing the business plan to their advantage by engaging professional consultants in the field. For instance, The Plan Writers (www.planwriters.net) are accomplished at not only planning, researching and composing cannabis business plans but can also serve as a guide for navigating the myriad challenges that lie ahead. Their advice and support have been instrumental in launching many a successful marijuana businesses!

Mistakes to avoid while writing

Is Cannabis a Good Investment?

Cannabis are growing into mainstream as a business opportunity, and it’s easy to forget that just a...

Getting A Cannabis Business Plan Right

A cannabis-related business is a high-stakes opportunity with a lot going on behind the scenes. The...